AKs to avoid, new and used.

There is not much worse than finding out you threw away your money on something, that had you done some real research on, you would not have made this regrettable, and common mistake.

Currently produced/mfg AKs:
InterOrdnance. (IO) Very long track record of horrid quality subspec materials, QC, Customer Service and failed AKs. FInally out of business (great for unknowing AK owners not getting suckered)  as their AK division is closed, they stopped honoring any RMAs, and “lifetime warranty” is now only good for a voucher to use towards buying another IO product, which seem to have been mfg with the same lack of standards and quality. Several kaboomed ARs, which they are making now and selling C&R rifles through their Royal Tiger Imports, who has a record of very poor customer service.

Century Arms. The AKs they manufacture. C39 V1 and 2, the now gone RAS47, replaced by their “Heavy Duty AK” , their VSKA, which 2 blew up and failed at press intro, and many since are learning the hard way that the “tool steel” and the bolt steel is still not close to Russian AK derived specifications, which define an AK. History since the beginning of manufacturing them of subspec materials, lacking QC and breaking AKs. Their Customer Service is somewhat acceptable however and they are a long time company.

Riley Defense. Avoid the early cast trunion models, their models now have hammer forged steel needed trifecta where it counts and seem to be a potential good choice, we are observing and testing to see if it can be given full blessing. So far two max pressure proof load rounds shot absolutely fine, though the recoil was quite harder than normal rounds, wow.

Blackheart AKs. Not sure if they are in business or not. Were, then vanished, now saw some recently, then gone again. Just don’t. Among the worst builds we have seen.

ATI AKs. From poor materials to builds, issues abound. Avoid. Not many are out there luckily.

Clearview/Classic Firearms AMD builds. Horrible barrels and QC, gas ports the size of sewer pipes, and has been repeated  evidence of bolt grinding to get headspace correct (a big No-No, lacking enough skill to correctly headspace)

Pioneer Aks. Pioneer frequently identify themselves as Radom (they rent a shop in the town of Radom, but are NOT the actual real Fabryka Broni “Łucznik” Radom munitions plant with original Circle10 10 AKs and parts, barrels etc). They used old school poured metal castings, and also same build techniques as IO (barrel as a bucking bar) We have seen pics to show they indeed are now in the old building the Fabrika/Circle 10 was in, and appear to have some of their tooling.

Hesse. Ugh. Among the worst Aks ever built. They even did some weld builds and were finally forced to shut down. Run if you see the name on a Gun. Many booms.

Of course there are many other unknowns out there, proceed with risk. Many like the made in USA BWest Chicom receivers were not even heat treated, other garage builds are of course unknown quality. Buying one made by a known smith known in the AK community is usually a safe bet. 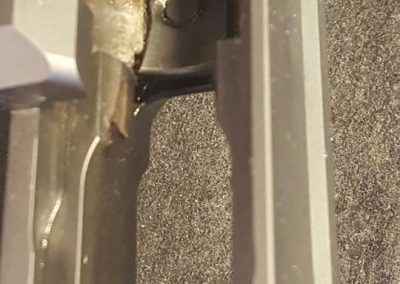 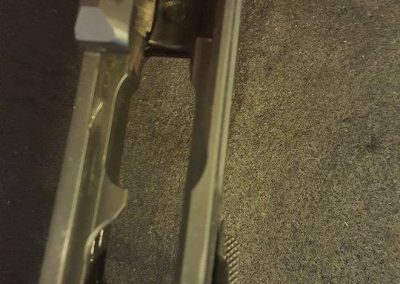 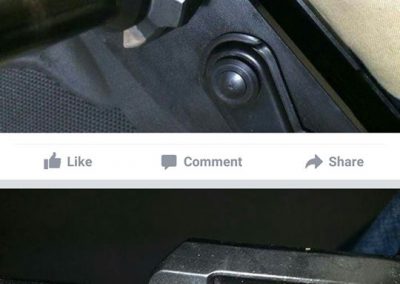 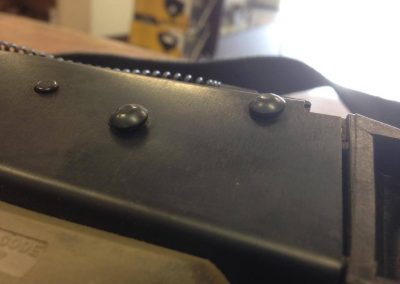 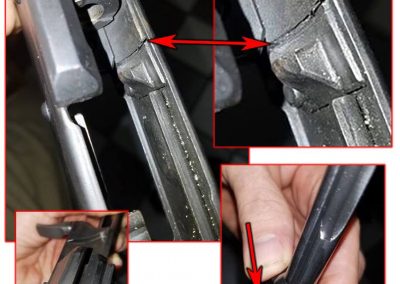 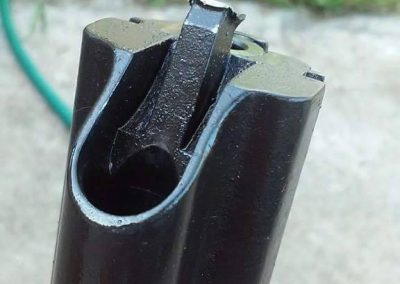 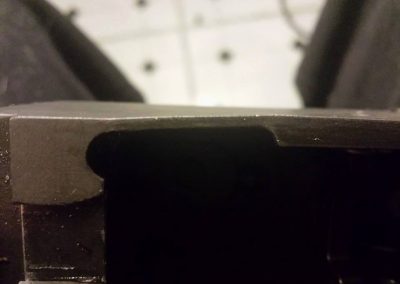 Bulging C39 Carrier. How does this even happen? 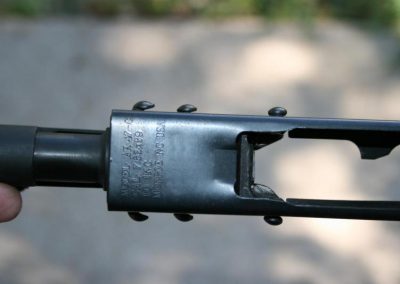 IO front trunion rivets. Why you dont use the barrel as a bucking bar during assembly 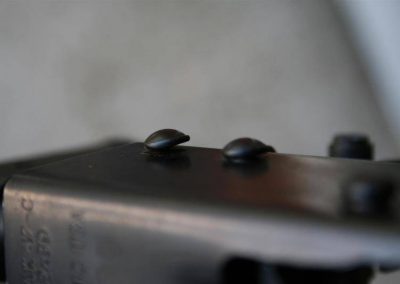